> All Blog News>The Reason Some Choose to Be Homeless

The Reason Some Choose to Be Homeless 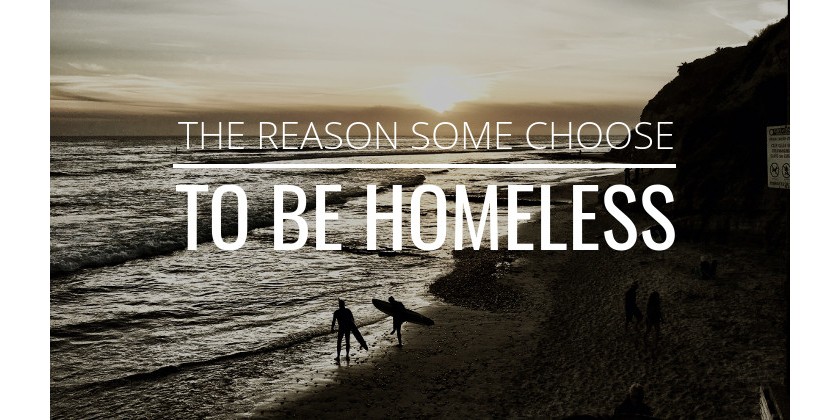 The Reason Some Choose to Be Homeless

Of course not every homeless person has made the decision to live a homeless lifestyle, but what about the individuals who do choose the homeless life as the life he or she wants to lead? We find ourselves the entire class of homeless, and although the majority of homeless agree they would like food, shelter, and a path to a better future, there are the select few who find the streets of cities to be their true homes.

Check out the top 3 reasons why some choose to be homeless:

This one may be less grounded in reality than freedom, but some homeless argue that they feel safe out in the open, amongst the people of the city. Probably stemming from a traumatic experience in a building with either some type of abuse, fire, gas leak, etc., to them, being outside with a clear view of their surroundings beats sleeping inside any building.

Depending on the person’s upbringing, they could have been told their entire lives they are worth nothing and deserve nothing. People brought up in this kind of emotional abuse think they are not worthy of a living space with basic amenities. They feel better on the streets because it’s what they think they rightfully deserve.

Various individuals have taken to YouTube to post their interviews with homeless who choose the homeless lifestyle:

Homeless, a choice and way of life for some:

The moral of the story is: don’t always assume the homeless’ intentions. Do, however, pay them acknowledgement and treat them like other human beings.